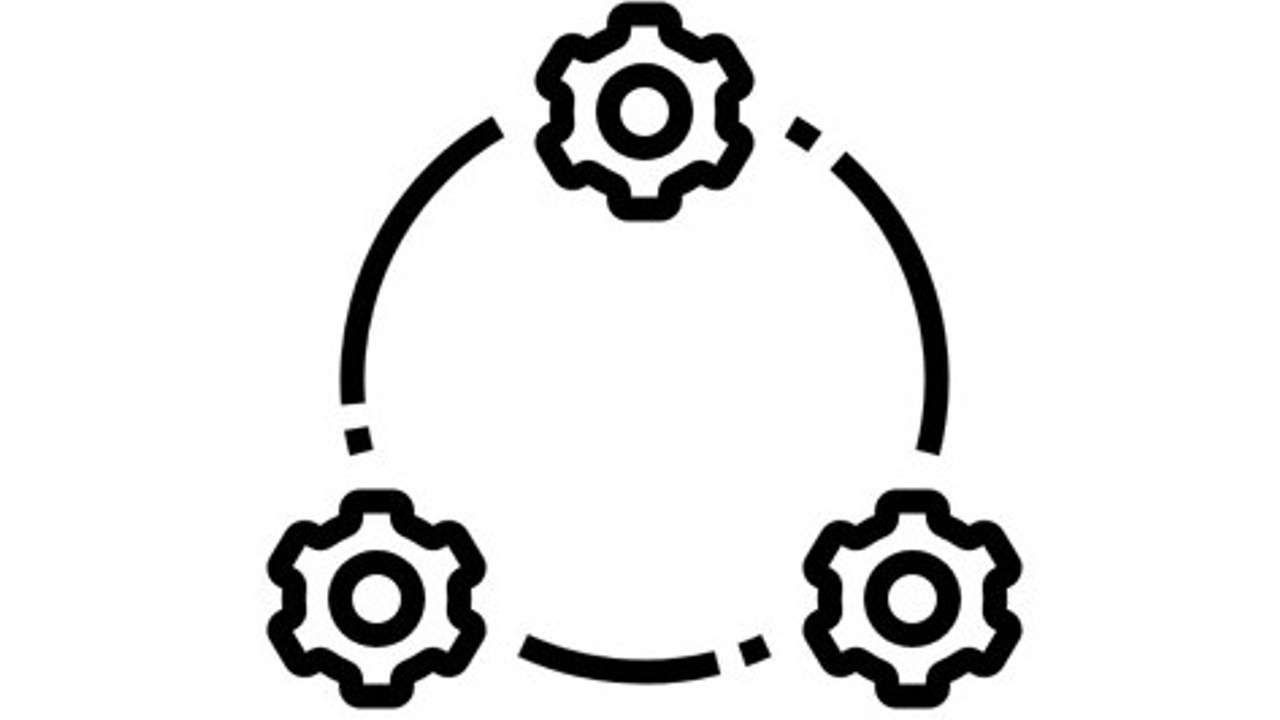 The Mining Misfits hosted a conversation last week on the topic of alternate execution models and contract structures to maximize the potential of success on future projects. The panel again included mining industry leaders and seasoned veterans, with experience from both client and contractor sides. One major theme continued to surface, and is summarized in one Misfit’s comment, “Good projects, good execution models are not the result of the contract, but rather the people.”

While each Misfit shared both positive and negative experiences with many execution models, from EPC and EPCM to open-book and cost-plus, hybrid models, joint ventures, and both vertical and horizontal packaging, one truth was expressed by all participants. The commonality was that every project has unique characteristics, attributes, requirements, and objectives that should ultimately decide the ideal execution model and contract type. A subset to this truth is that the people involved in deciding the execution strategy and contract model must be aware of these deciding variables and experienced enough to determine which model might fit their application best. Many Misfits conferred the contract is far often given too much weight, rather than getting the right people (from all parties) around the table early to strategize the execution model best suited for the specific project. As in past Roundtable Discussions, recurring themes included accurate and honest communication, trust between the parties, and collaboration for the benefit of the project over the benefit of any one individual party. As was the central theme in last month’s Roundtable Discussion, the availability of qualified and experienced personnel is dwindling in the market and the industry. This further challenge owner and contractor organizations in selecting the right contract/execution model in that the strategy is built by people, and experienced professionals know best what options are available for any set of given project circumstances. Some of the variables that should impact the selection of an execution model include project location, project size, technologies implemented, owner and contractor capabilities, front-end design (completeness and design provided by who), project financing, resource availability, and many, many more. A good project leadership team will be able to look at these variables and determine which contract strategy and philosophy would work best for their execution plan and overall project objectives.

On the topic of communication, two points were repeated throughout the discussion that all Misfits seemed to agree on. First, communication between contractor and owner needs to start early, ideally during the concept phase of a project. If the front-end design was provided by others, and the selected contractor is expected to assume the basic engineering, advance through detailed design and ultimately take single point of accountability for the overall design, then engagement of the contractor must be well in advance of execution. Secondly, communication channels between the contractors and owner needs to be relationship-based and more frequent. There are significant opportunities for owner organizations to lean into the contractor community and do a better job of incorporating contractors experience and perspectives into owner’s execution strategies, particularly during bidding events. Contractors often make recommendations to the execution aspects of a project,not only for the betterment of their role on the project, but for the betterment of the project as a whole. As the Misfits discussed previously, an owner can only be truly successful when the contractors it employs are also successful.It wasthe impression of some Misfits that the high-risktransfer / low contractor margin EPCM contracting model is on its final legs in the industry. This was attributedin partto owner organizations commoditizing services and the transactional nature ofmany global supply chain efforts aimed atdrivingdown costs, often selecting on the basis of the lowest pricealone. Contractors are responding to this owner behaviorby taking up defensive positions on the projects to protect their own interests rather than the interests of the project (in self-preservation from the owner, who should be acting as a partner on the project), and what has resulted is an erosion of trust between owners and contractors in the industry. The next step in this chain reaction is that both parties retreat to their corners to protect their own interests(as opposed to acting cooperatively) and look to the contract to resolve issues, rather than the teams coming together to overcome project challenges as a collaborative effort.The Misfits firmly believe that the contract should be a safety net andshould not act as the first line of defense for the parties in resolving issues. Rather, project issues should be jointly resolved by project team members (of both the owner and contractor organizations,acting as partners). Relying first on the contract to protect one party’s interests, often prohibits thejoint and collaborative effortsthat oftenprove more effective to the project; resolving project challenges should be the priority, not looking to the contract for remedies and/or penalties.This defensive positioning is a dangerous place for most projects to find themselvesin.A lot of this is established right up front in developing initial strategies. By opening up good communication lines early in the project strategy phase, owners and clients can better understand the strengths and weaknesses of both parties, and all individuals, and tailor their execution model to best maximize their potential for success. There is another benefit to this early relationship building as well. When challenges arise on the project (as we all know they will), the teams are now working together as one collective project team to overcome those challenges as opposed to going on the defensive and playing the “contract game”. One truth cannot be overlooked: when both the owner and contractor are successful on the project, the project generally sees great results in terms of safety, schedule, and cost.

Too often we set up our contracts as an “us vs. them”, when in reality, we should be focused on getting the relationship strong from the start, and an execution model that considers all strengths and weaknesses. No project will be without challenges but tackling challenges as a team is far better than using challenges as an opportunity to attack the other party(to the detriment of the project). In reality, no contract remedies will ever get the owner better results than a strong, collaborative partnership. Also, beating up contractors does not leave much hope for the owner repeating business with the same contractor in the future, and this is a small market we work in, with not too many options for eligible partners. Now I am going to write something that many in the industry see and feel, but few are willing to say or do anything about; I am a Misfit, and I intend to do well for the industry because I know there is a better and more sustainable way!. Here is the commonly known, but seldomly spoken truth in our industry: corporate executives in mining companies tend to be very good at running a business and mining operations and are commonly not very experienced at executing a capital project. The same can be said for setting up an execution philosophy and strategy for a project. This requires skilled and experienced and seasoned project professionals with the scars to prove it. Owners should give much thought to who is engaged in developing a project strategy, and when they are brought to the table. On the topic of who, it is worth mentioning again that contractors are in the business of employing highly skilled and experienced project personnel. As such, owners should look both within their organization, and to their potential partners to get the brightest minds involved in the most critical discussion that will ultimately determine a project’s success: execution strategies.

It has been stated many times previously in these Roundtable Debriefs that there is a declining skillset and generation gap in the industry (see last month’s call to arms). However, this does not mean there are not qualified professionals out there that can develop robust execution strategies and build strong relationships. The challenge we see, is they are not given the right authority to do so or are not pulled into the tent early enough in the planning stages of a project. Whether by supply chain commoditization, or by corporate governance, robust execution philosophies and strategies are no longer being developed by those who understand them best. Back to the topic of the viability of EPCM contract models and execution strategies. A few Misfits chimed in and stated that the challenges of EPCM in today’s market have more to do with the people executing them, and the risk-reward profile than they do the EPCM model itself. Many owners (driven by individuals) try to put the highest degree of risk transfer on the contractor, with very little chance for reward or profit. Contractors cannot survive this model long-term, and the market and industry are currently suffering as a result of this trend. It was the impression of the group that contractors should be profitable, and risk transfer should be reasonable. It was highlighted that owners make a profit over the life of the mine (sometimes 20-30 years, or more). On the other hand, contractors only realize a profit up to the point of project completion(typically 2-4 years). These differing business models need to be understood and considered when determining the risk and incentive. Owners also need to understand their reliance on contractors. It is in the best interest of owners to make their contractors as successful as possible. Contractor success means project success. It also means investment in resources and personnel who will continue to make the industry as a whole successful. In closing, while there were many topics discussed regarding project execution strategies, one cornerstone to every discussion was hidden just beneath the surface (until two Misfits decidedly brought them to the light). That cornerstone is people. People make projects successful. As such, and as it applies to developing strategies, it is imperative that human behavior, psychology, and emotional intelligence are taken into consideration when putting together a project team, and specifically when engaging those personnel (owner or contractor) responsible for setting the stage, setting the execution strategy and contracting philosophy. Running a business, executing a project, and developing a project strategy are all unique skillsets. This must be taken into consideration when developing the team(s).

We are passionate about doing things better – no more horrifying industry statistics – there is a better way! Grab a time to meet with me 1:1 to discuss the unique challenges of your project.

Schedule a call with me

Stay connected with news and updates! 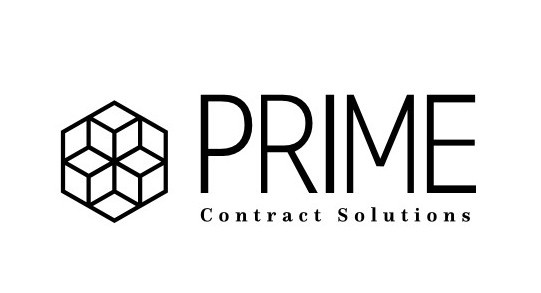 We will be sure to add you to our mailing list. Want to talk more about something you read. Schedule a call with me today!